ST. JOHN’S, NL (January 20, 2022) – Following an exceptional four decades in business, Mr. Robert S. Crosbie, C.M. LL.D. ICD.D (Rob) announced this week that he will be stepping down as Crosbie Group Limited (Crosbie)’s Chief Executive Officer (CEO).  This change will take effect January 31, 2022; Rob will continue in his role as Chair of the Board.

Rob has been Chair and CEO of Crosbie since 1991.  As a 4th generation family business, Crosbie is a leader in the offshore and renewable energy, marine construction, and commercial and residential real estate markets, with operations and partnerships in Newfoundland & Labrador, Nova Scotia, Quebec, the United States and Guyana.

Highlights from Rob’s fourty-year career include building a home-grown success story in Newfoundland & Labrador’s offshore energy industry.  In the early 1990’s, Rob led a strategy to forge a future for Crosbie in the offshore by identifying potential joint ventures with experienced North Sea companies.  This facilitated extensive skills and technology transfer, and enabled Crosbie to build one of the largest Newfoundland & Labrador owned and operated employers in the industry. This also enabled hundreds of Newfoundlanders and Labradorians to acquire the skills necessary to have meaningful careers in the sector, at home.  In recent years, Rob has been actively involved in Crosbie’s diversification strategy, helping ensure the business continues to grow into new markets.

Rob has been an active private and public sector advisor and director and has an outstanding record of charity and volunteering. He has been recognized many times for not just his accomplishments in business, but also for his contributions to education, training, and youth.  Amongst Rob’s many awards, in 2018 he was made a member of the Order of Canada and was awarded an honourary Doctor of Laws degree from Memorial University.  In 2016, Rob received both the Ernst & Young Atlantic Canada Entrepreneur of the Year Award and Noia’s Outstanding Contribution Award and was inducted in the JA Newfoundland & Labrador Business Hall of Fame.  He was also awarded Memorial University’s J.D. Eaton Tribute Award in 2014 and Memorial University’s Faculty of Business Administration Alumnus of the Year Award in 2003.

His decision to step down follows a lengthy succession planning process that was initiated in 2016 when the position of Chief Operating Officer (COO) was added to the Crosbie management group.  This role was created, in part, to provide continuity when the time came that Rob would step down as CEO.  Rob said in a statement to employees this week that it had become apparent to him in the past couple of years that the time for transition was nearing.  “In consideration of what is best for me, my family, and Crosbie, I am announcing today that I am stepping down as CEO of the company.  I will be staying on as Chair of the Board but am looking forward to spending more time with my family and exploring interests outside of work.”

Crosbie is pleased to advise that Mark Collett, ICD.D, SCMP (Mark) will take over as CEO effective January 31st, 2022.  “Since joining the company in May 2016, Mark has worked very closely with me to ensure that this transition happens smoothly.  He has successfully led the organization through some challenging times here in Newfoundland & Labrador and has guided us as we grew into new markets elsewhere in Canada and internationally.  Mark has continually demonstrated his integrity and commitment to Crosbie and its people, the clients we serve, and the communities where we live and work.  The Board of Directors and I have every confidence in Mark’s ability to lead this company moving forward,” Rob said.

Crosbie is also announcing that, effective January 31, 2022, Jeremy Whittle (Jeremy) will be stepping into the role of COO.  Commenting on Jeremy’s readiness for this new challenge, Mark said “Jeremy joined Crosbie in November 2017 and has developed a deep understanding of our businesses and our clients.  While leading our industrial services operations in Newfoundland & Labrador, he has also played a key role in operationalizing Panthera Solutions, an offshore services company in Guyana, and has led our efforts to build a consistent safety culture in all Crosbie member companies.  He’s been a huge part of our success over the last several years”.

Commenting on his new role with Crosbie, Mark added “I have thoroughly enjoyed working with Rob since joining the company.  His mentorship and guidance to me and our management team has been invaluable, and no doubt we will be seeking his advice for years to come.  I’m thrilled to have the opportunity to lead this business moving forward, as we continue executing our growth strategy”.

Crosbie is a family-owned Newfoundland and Labrador based company with an international footprint. With locations in Newfoundland and Labrador, the Maritimes, the United States, and South America, Crosbie has a proven history of serving offshore and renewable energy, marine construction, commercial construction and residential real estate industries.

ST. JOHN’S, NL (April 8, 2022) – Crosbie is pleased to announce the appointment of Tracey Power as Chief Financial Officer, effective April 11, 2022. Tracey has over 18 years of experience in progressively senior […] 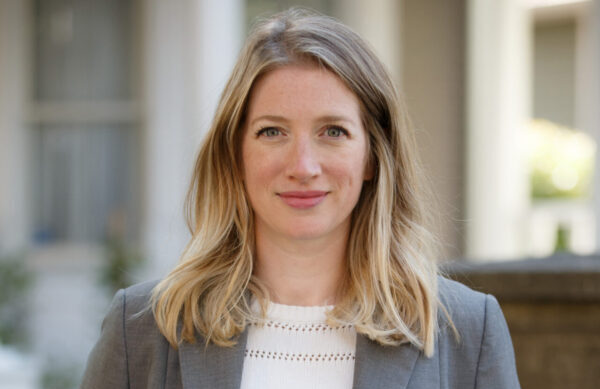 Over the past fifteen years, Angelina has established herself as a dedicated and resilient leader with extensive experience in assessing and supporting business processes across a broad spectrum of industries. Angelina joins Crosbie from Nalcor […]

St. John’s, NL, and Providence, East Bank Demerara Guyana, December 20, 2020 – Newfoundland and Labrador-based Crosbie and Guyana-based Farfan & Mendes are pleased to announce that, effective January 1, 2021, the companies will have completed an investment in […]

One Team. One Goal